Do it yourself religion? 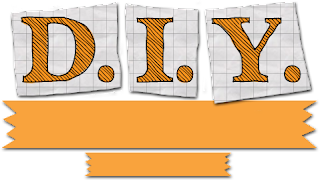 Looking for quality used Christian books and other types of books at prices lower than even Amazon. Check out our family's online used bookstore at resurrectedreads.com.
Posted by Scott Carson at 8:33 AM No comments:

Email ThisBlogThis!Share to TwitterShare to FacebookShare to Pinterest
Labels: big box, Do it yourself, Menard's

I've never regretted being too kind 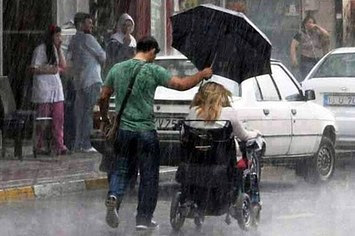 Looking for quality used Christian books and other types of books at prices lower than even Amazon. Check out our family's online used bookstore at resurrectedreads.com.
Posted by Scott Carson at 12:01 PM No comments: 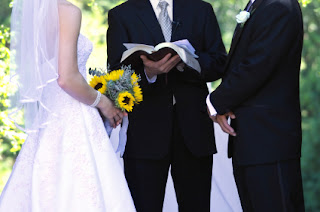 “If you want something to last forever, you treat it differently.
You shield it and protect it. You never abuse it. You don’t expose it to the elements. You don’t make it common or ordinary. If it ever becomes tarnished, you lovingly polish it until it gleams like new. It becomes special because you have made it so, and it grows more beautiful and precious as time goes by.”  F. Burton Howard

Looking for quality used Christian books and other types of books at prices lower than even Amazon. Check out our family's online used bookstore at resurrectedreads.com.

Posted by Scott Carson at 4:38 AM No comments: 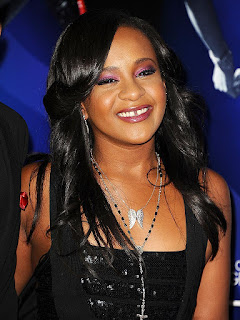 “When your child dies, you find your life is forever divided into ‘Before’ and ‘After’.”   Wayne Loder

In his book, Losing Mum and Pup, about his grief and coping with the deaths of his parents, Christopher Buckley shares a powerful story:
“In the Zen koan, the noble lord sends word throughout the land, offering a huge reward to anyone who distills for him in poetry the definition of happiness…A monk duly shuffled in and handed the nobleman a poem that read, in its entirety:

His Lordship, having had in his mind something a bit more upbeat, unsheathes his sword and is about to lop off the head of the impertinent divine. The monk says, “This is the definition of perfect happiness—that no father should outlive his son.” At this, His Lordship nods—or, more probably, after the fashion of Kurosawa’s sixteenth-century warlords, grunts emphatically—and hands the monk a sack of gold.”
That monk was a very wise man. No one would ever want it another way. One of the worst things that can happen to a human being is to deviate from that order. Father dies, son dies, grandson dies. No parent wants to outlive their children. No grandparent wants to outlive their grandchildren.
That story came to my mind the other night when I heard that Bobbi Kristina Brown had died. She was only 22. What a tragic end! Her death came nearly six months after she was found unresponsive in a bathtub in her Georgia home. She never fully regained consciousness and was kept on life support following her near-drowning. The media reported that her father, Bobby Brown, was inconsolable and maintained a bedside vigil following her hospitalization.
Over the years I’ve buried far too many children whose brokenhearted parents stood by a fresh grave. My own grandparents, tragically, buried their youngest son, Harold Carson, a few years before they passed away. I can’t imagine that there is a deeper heart wound than the loss of your child.
Even success, fame and wealth can’t buffer you from the pain of tragic loss. We attempt to protect ourselves and our loved ones from pain and tragedy. It can’t be done. Bobbi Kristina was reportedly worth some $20 million dollars, as the only heir of her famous mother, Whitney Houston. Yet, even having millions of dollars couldn’t protect her from a broken heart after the loss of her mother. Though the coroner’s report has not yet been released, it appears that her death was a suicide.
Her tragic life and death is one that’s all too common. The list of the rich and famous who struggle with heartache, addictions, broken relationships, that can’t find peace or happiness and those who ultimately take their own lives is a very long list. Somehow too many of us believe that we’ll be the exception. We’re so naïve. We won’t be. Wealth, success and fame will never fill that, as Pascal described it, the God-shaped hole in our soul. Though we know that, yet so many of us fret, complain or are exasperated about our lot in life, primarily our financial situation. We sacrifice God’s promised peace for that which the Bible says will never satisfy. It was probably modeled for us by our parents and we, too, often are modeling that discontent and hopeless cycle Jesus warned us of in Matthew 6:25-33 to the next generation.
Seek to live with very few relational regrets. I wish that I could say that I didn’t have any, but I do. I doubt there’s anyone who doesn’t this side of eternity. For some reason, I was never able to solve the relationship void with my Dad. His death meant that it would never be resolved. That still weighs on me, even several years after his death.
Too often we stomp out, leaving our loved ones in a huff with harsh words. No one knew that January 31, 2015 would be the last day Bobbi Kristina would be conscious, full alive and able to converse. After she was discovered, she never regained consciousness. Maybe that’s why the Bible warns us, “do not let the sun go down on your anger” (Ephesians 4:26).
That doesn’t mean that we’ve agreed or that everything is resolved. It does mean though that we’ve left without being in a state of anger, where our last words – if they truly become our very last words – are not regrettable ones.
Some nurse anger until it becomes a root of bitterness that’s planted itself deep into the soul (Hebrews 12:15), poisoning life. Because of some past event, or because of what someone said to you or about you, perhaps because you didn’t get your way at some point, your feelings were hurt, or you were emotionally injured. You’re angry though and nurse thoughts of revenge. You’re hurt and want them to hurt. Maybe you’re offended, so you give them the cold shoulder, or purposely go out of your way to avoid having to speak to them. And while you think that you’re hurting them, in reality, you’re only hurting yourself. You’ve become so caught up in how hurt, angry and offended you are, that you’ve forgotten how fragile life is.
You never saw it coming. All of a sudden that sibling, parent, child or spouse who you were so wounded with, so angry at is gone…forever. And now the broken relationship can never be mended. That’s why often the ones who are so inconsolable at the death of a loved one are the ones with the greatest guilt and regret.
While we can’t make others change or admit that they’re wrong, we can take care of our own wrongs and bitter feelings. There’s true freedom in living in Romans 12:18, “If possible, so far as it depends on you, live peaceably with all.” It means that you have a clear conscience and know that you’ve done everything you can to clear the slate and rebuild the relationship. Too many come to a loved one’s graveside overwhelmed with guilt and regret. But because of God’s amazing grace, we don’t have to.

Looking for quality used Christian books and other types of books at prices lower than even Amazon. Check out our family's online used bookstore at resurrectedreads.com.
Posted by Scott Carson at 1:40 PM No comments: