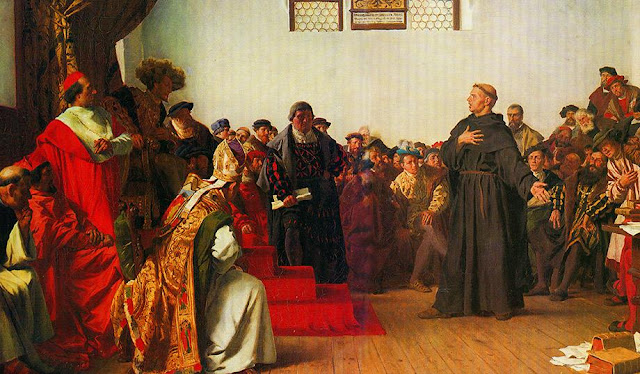 “The biblical pattern of congregational independence is clear.”
Kyle Pope

During the last month, social media has been overflowing with posts, regarding the 500th Anniversary of the Reformation. To be sure, every believer has a debt of gratitude to the Reformers who often risked their lives for the cause of Christ and changed both the Church and their world.
Yet, Martin Luther nailing his 95 theses on Wittenberg’s Castle Church on October 31, 1517, wasn’t really the beginning. The seeds of the Reformation had been sown centuries earlier and were already growing. Luther watered them and saw them come to full bloom, but the teachings of John Wycliffe, Jan Hus, Peter Waldo and many others were already being proliferated across Europe. Movements such as the Anabaptists were among Luther’s strongest supporters in the early years of the Reformation. Contemporaries of Luther, Huldrych Zwingli, William Tyndale, fanned the flames of the Reformation, solidifying its impact.
Yet, it seems that we forget that the Reformers were sinful men and women just like us. They lived in the light that they had. But we’re dishonest when we rationalize away some of their failures. For example, Luther said horrible things about Jews and turned on his early supporters because they believed in immersion after conversion, even declaring that they should be drowned. John Calvin oversaw the death sentences of dozens of teachers he disagreed with, not because they did anything wrong, but because they taught differently from him. Yes, times were different and medieval Europe was a bloody landscape. But culture does not give believers a free pass to ignore the teachings of Scripture, yet often the Reformers joined in some of the cultural depravity.
One vital church doctrine the Reformers were oblivious of but one that we as a church hold precious is local church autonomy. The word “autonomy” is derived from Greek words auto meaning “self, or same” and nomos for “law.” The idea is a church is “a law unto themselves” or self-governing.  This term can give us the wrong impression and lead us to think that each congregation is left to govern themselves. Autonomy doesn’t mean that each congregation may decide for itself what it should teach or how it should function. That’s determined by the Head of the Church, Jesus Christ, who leads His church through what’s revealed in Scripture. Jesus described this as He talked about vital church procedures in Matthew 18 and in that context declared, “whatever you bind on earth will have been bound in Heaven” (Matthew 18:18). What it does mean though is that no diocese or denomination dictates to a local body of believers. There is no “federal ecclesiastical government” dictating to the local church on what they can or cannot do. They are both in control and responsible for their ministry. But while no human or group has the right to tell a local church what it should do, Jesus Christ does have that authority. Our efforts to seek truth must lead us to conform to His will.
As we read through the pages of Scripture, we find that though local churches cooperated with one another, each was independent. There’s no reference to committees, boards, or denominations dictating to them. Even the Apostles did not dictate to local churches (1 Peter 5:1-3; Acts 14:23). There was a specific structure. Each church had its own leaders but they were not leaders of others churches or appointed over a city, district, or diocea, but in every local church.
Consequently, each local church is equal to the other. Church leaders in one church were not to rule over the affairs of other churches. Biblical leaders were to be appointed in “every church” and each was to oversee the affairs of those that are “among” them. Since each congregation should be under the oversight and rule of its own leaders, each is absolutely independent of other churches or organizations. And because a local church is autonomous, it has the authority and the ability to solve the problems of its own members. (Matt. 18:15-17; 1 Cor. 6:1-8). It has the authority and responsibility to appoint its own leaders, pastors and deacons (Acts 6:1-7). It has the authority and responsibility to commission missionaries, choosing who it desires to support (Acts 13:1-3). It has the authority and obligation to regulate its own membership (1 Cor. 5:1-5).
Practically, this means that the local church collects and disperses its own funds and can choose to incur debt. It conducts its own business and business meetings. It buys and owns its own property and can also choose to sell that property. This is very important because many churches in a denomination do not own their own property, the denomination owns the property. If the church should determine that the denomination has veered from the teaching of Scripture and desires to leave it, though they’ve paid for the property and buildings, they’ll lose the property to the denomination, if they leave the denomination.
Independence though is not isolation. Being children of God is to mean something. Scripture teaches that those who are in fellowship with God the Father are in fellowship with others in fellowship with Him (I John 1:3).  In other words, in Christ we are family. It’s a big family. Congregational independence doesn’t mean we ignore the needs or spiritual well-being of our brothers and sisters in church or in other places.
Autonomy is biblical and vital. The local church is responsible only to God. All decisions and choices must be done in the light of the coming day when every believer and each local church will give an account to our loving Head, the Lord Jesus Christ.

Can we help you spiritually? Can we help you know Jesus better? Please check out more resources on our church's web page, Gracechurchwi.org. Or, call us at 262.763.3021. If you'd like to know more about how Jesus can change your life, I'd love to mail you a copy of how Jesus changed my life in "My Story." E-mail me at Carson@gracechurchwi.org to request a free copy. Please include your mailing address.
Posted by Scott Carson at 4:45 PM