Danny Devito and the "Art" of the Label 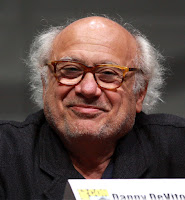 “Observe which side resorts to the most vociferous name-calling and you are likely to have identified the side with the weakest argument, and they know it.”  Charles R. Anderson

My son, Ben, and I enjoy seeing superhero movies together. Of course, since we’re both    frugal, we look for the best deal. A few months back we decided to go see Ant-Man. It was finally at the Budget so we ran a couple of errands and headed to the show. As many theaters do, they were showing it in two different theaters – one for earlier shows, then they’d switch theaters for the later shows. Unfortunately, I wasn’t paying careful attention when the ticket salesperson directed us to our theater. We both saw the marquee said Ant-Man and headed into the darkened theater.  We quickly discovered Ant-Man wasn’t exactly what we were expecting. The movie opened with a drug house in a ghetto neighborhood. The air was glowing blue with obscenities…and it wasn’t improving. Ben was the first to figure out we were in the wrong movie. They’d switched theaters and instead of watching Ant-Man, we were watching Straight Outta Compton. Ben double-checked to make certain he was correct, we were able to rush over to Ant-Man without missing too much.
Perhaps, Straight Outta Compton has some artistic merit…personally, I don’t think so. Five minutes of it were too much for me. It’s described as a movie about a “crime-ridden inner-city community in southern Los Angeles County that had developed a reputation for having the meanest streets anywhere in the United States. The birthplace of notorious gangs such as the Crips and the Bloods. Compton also became the cradle of gangsta rap, courtesy of five young men whose rocket-like rise to fame as the group N.W.A. just as quickly broke apart in the thin stratosphere of riches, notoriety and rage.” The bottom line (according to the reviews) is that it’s 147 minutes of some 600 profanities/obscenities, nudity and gratuitous violence. It may be a “slice of life,” but so is a dumpster. Yet, this garbage was still nominated for an Academy Award.
This year the Academy Awards are being boycotted by several notable African-American    movie stars because there are not enough nominations of African-Americans or their movies this year. Usually, I find the movies which are nominated aren’t ones that I actually want to see…with a few exceptions (i.e. The Revenant, Room). For me, if I were an actor or filmmaker not being nominated for an Oscar, might be a compliment.
Yet, what grows exceedingly tedious with all of this brouhaha is the constant and pervasive charge of racism or other slanderous labeling. There have been some great African-American movies and there are some great African-American actors. There have been some terrible  African-American movies and there are some terrible African-American actors. It’s the same with Caucasian, Hispanic or Asian movies and actors…or any other group. It’s not a matter of bigotry, it’s merely common sense about taste and quality. Thinking and civil people truly don’t care what race you are.
Personally, I find my intelligence is insulted when elitists such as Danny DeVito, adding his two cents to the current fray, makes outlandish, broad sweeping charges like, “It's unfortunate that the entire country is a racist country…” What an ignorant statement! What’s worse, it’s cultural manipulation. Rather than having an intelligent, well-thought out dialogue on areas of difference and disagreement, those who disagree grab the club of “label” to beat opponents into silence. Therein lies the very fallacy of their argument. It demonstrates the weakness of someone’s argument and lack of ability to express their position or do logical thinking in that they must succumb to labeling or name-calling rather than being able to coherently communicate or defend their position.
For example, while I disagree with many of President Obama’s positions, it has nothing to do with his race. (It doesn’t bother me in the least the President is half Caucasian.) I also disagreed with President George W. Bush on many of his policies. Does that make me an anti-Texas bigot? So because I disagreed with President Clinton, am I then a “Bubba Bigot?”
If you’re like me, as you’ve sought to defend yourself from the verbal terrorist attack of a “label,” you find you’re playing into the hands of your accuser. The issue is sidetracked by the “label.” It’s hard, if not impossible to return to the issue and any intelligent dialogue. The field of reason has now been contaminated by a “label” which rarely has anything to do with anything other than being utilized as some toxic verbal smokescreen to distort or    completely blind everyone from the real issue.
Sadly, Christians throw out labels too, rather than doing honest thinking or debating. “Liberal” is a favorite verbal spear we hurl when we disagree with someone, yet haven’t thought through the issue. It’s just dishonest.
Too often we’re played because we honestly believe we’ve been misunderstood. Yet, the fact is we’re just being played. Then, we too often are sucked into the foolishness of feeling we must vindicate ourselves, or worse, have the last word. There’s a wonderful proverb from the sagacious pen of wise King Solomon most of us need to heed more. “Answer not a fool according to his folly, lest you be like him yourself” (Proverbs 26:4).
Someone who uses labels or name calling to annihilate their opponent has tipped their hand. They are what Solomon insightfully concluded, a “fool.” When we react to labels or charges which are ludicrous, we’ve chosen to allow them to ensnare us with their foolishness. Instead of becoming emotional or worse, angry, we’d be wise to ignore the labelling and do the best we can to continue to respond to real issues and not be sidetracked by smokescreens. If need be, sometimes we must just walk away. It will require wisdom and self-control. Yet, it’s the wisest approach because when someone is slinging mud and you sling mud back, in the end, you only end up getting dirty. 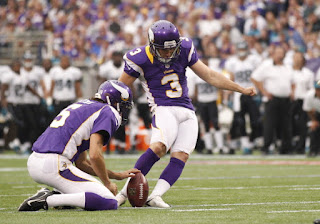 “The encourager, no matter how dark the day, always brings a message of hope. Those who encourage…are in effect only beggars telling other beggars where to find help.”  Derek Bingham 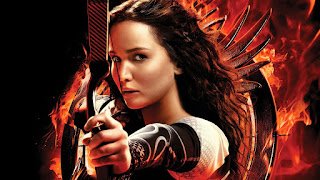 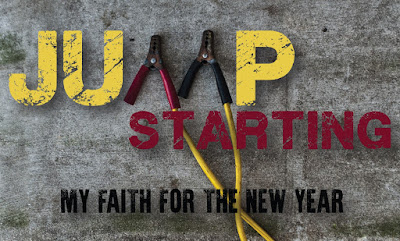 “Growth is painful. Change is painful. But nothing is as painful as staying stuck somewhere you don't belong.”  Mandy Hale

Who can you trust? 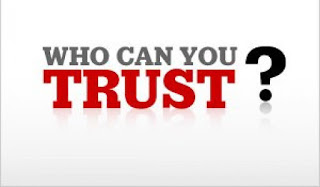 “We must cease striving and trust God to provide what He thinks is best and in whatever time He chooses to make it available. But this kind of trusting doesn't come naturally. It's a spiritual crisis of the will in which we must choose to exercise faith.”  Charles Swindoll

Posted by Scott Carson at 12:50 PM No comments: