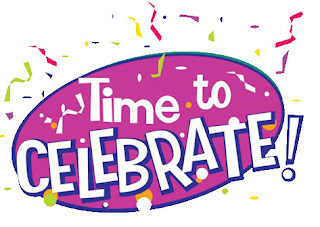 “The goodness of God is infinitely more wonderful than we will ever be able to comprehend.” A. W Tozer

On February 5th the New England Patriots had their Super Bowl victory parade in Boston. The Patriots won their sixth title with a 13-3 win over the Los Angeles Rams in Super Bowl LIII. This championship is the Patriots’ second in three years and the parade was the 2nd title celebration in three months for Boston, as the Red Sox celebrated their World Series triumph over the Los Angeles Dodgers last year.
Do you know much about celebration? Do you think the average Christian knows much about celebration? How about the typical church? I don’t think so. I know that I don’t.
Most of us celebrate about as often as the Chicago Cubs do after winning a World Series title, not very often. When the Cubs won the 2016 National League Championship Series and then the 2016 World Series, it ended a 71-year National League pennant drought and a 108-year World Series championship drought. Both are record droughts in Major League Baseball.
The Patriots’ February 5th celebration wasn’t only about celebrating the Super Bowl, it was a celebration of thousands of hours of sacrifice, practice and effort. It was the celebration of millions of Pee Wee football high school and college moments of blocking, running drills, passing and catching. It was a celebration of Moms making time to drive a son to practice. Or, Dads dragging themselves out to the backyard after a hard day at work to throw and catch passes. All of that was represented in those moments of unbridled celebration.
Americans know little about celebration. Some of us celebrate a New Year or 4th of July. We may remember our anniversary (hopefully), yet other than a major milestone like a graduation or a wedding, we rarely celebrate. And in the Church, we’re not much better. We barely give a nod to a celebration and then our nose is back to the grindstone.
Yet, Celebration is very important to God! Included in the Mosaic Law were seven annual celebrations. It’s not that God is such a party animal, though He’s certainly not the fuddy-dud some imagine. It’s that God has designed celebration as a memory tool. For example, the 4th of July isn’t about fireworks and grill-outs, it’s a celebration of our hard won freedom and how important it is. America has a unique history. When we forget the importance of freedom or the high price paid for it, we begin to lose it.
God didn’t want His chosen people to forget the high price that had been paid for them. God owed them nothing. Everything that they had was because of God’s grace and mercy, and when you read their history in the Old Testament, you have to wonder why God didn’t wash His hands of them. They’re known as the “children of Israel.” The “brats of Israel” would be more accurate.
God designed for seven annual celebrations for them. Passover was a time to remember an innocent lamb was sacrificed as God delivered them from the bondage in Egypt. The Feast of Unleavened Bread reminded them to rid themselves of sin, as leaven in Scripture typically symbolizes sin. Unleavened bread eaten over a set period of time symbolized a holy walk with the Lord.  During the Feast of First Fruits the Jews acknowledged the fertility of the wonderful land that God gave them. They were to offer a portion of the early crops of their spring planting (1st fruits) at the Temple. It was a reminder to trust God, not the land or seed. The Lord was worshipped with the first fruits, literally a portion of the seed they’d otherwise use for the remainder of that seasons agriculture cycle. It demonstrated their faith and dependence on God to provide the harvest. The Feast of Pentecost was to take place exactly 50 days after the First Fruits and celebrated the summer harvest.  Two “wave loaves” of equal weight were baked with leaven, representing human sinfulness. It was called “first fruits” because it represented a redeemed people. It was prophetic in that after Jesus’ cross, the Church would be comprised of two parts, Jew and Gentile. Pentecost took place in Acts 2 as some 3000 people repented and committed their lives to the Resurrected Christ. Today we continue the celebration of Pentecost by continuing to sow the gospel and cultivate lives in this world, as we trust God for a great harvest of those who will commit their lives to Christ as marked by the next feast. The Feast of Trumpets was a memorial of blowing of trumpets. The trumpet blowing was a signal for the field workers to stop harvesting and to come immediately to worship at the Temple. During the Feast of Atonement the high priest entered the Holy of Holies to make a sacrifice on behalf of himself and the nation. Once in the Holy of Holies, he sprinkled the blood from the sacrifice on the mercy seat of the Ark of the Covenant. It, too, prophetically represented Christ, who as our Great High Priest offered Himself once as the sacrifice for the sins of all mankind and satisfied divine justice, making it possible for us to be reconciled to a holy God (Hebrews 4-5). Finally, the Feast of Tabernacles was to remind them that God provided shelter for them in the wilderness. Each year they were to build small shelters outside their houses and worship in them.
The bottom line is that God wants us to learn to celebrate! It’s important for us to continually remember God’s goodness and blessings on us! The Sovereign of the universe owes us nothing.
It’s why we’re celebrating this 1st Anniversary of being in our new building. From a human perspective the numbers and events that got us here, just don’t make sense. It’s miraculous that we’re here and we must never forget that. Grace Church is truly an act of God’s great grace! He gets all the credit! So, let’s celebrate and remember how blessed we are!